One of the stranger backdrops to Sri Lankan life is hearing the high-pitched tinny strains of Beethoven’s Für Elise drifting though the air two or three times a day. This will often be accompanied by a flurry of activity amongst your neighbours or house staff as they know that the metallic jingle signals the arrival of the Choon Paan Man.

Choon Paan literally translates as “musical bread” and is the typically lyrical Sri Lankan nickname for the specially adapted glass-sided tuk-tuks containing small shelves filled with bakery goods. Rows of the ubiquitous “local bread” without which no bowl of dhal is complete, alongside fish buns, egg rolls and the more exotic delights such as the twisted sugary Kimbula Bunis or Crocodile Buns named for their resemblance to one of Sri Lanka’s more notorious inhabitants.

And Für Elise? The most plausible explanation is that the introduction of tuk-tuks to Sri Lanka coincided with the introduction of mobile phones and the original Choon Paan men would play their mobile’s ringtone through a speaker to alert to their arrival in the neighbourhood. 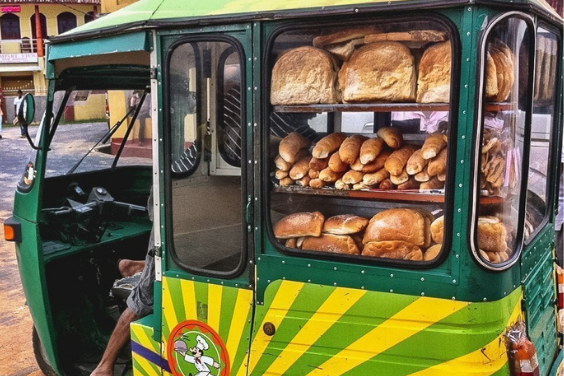