The lure of the East

The East Coast has undoubtedly some of the best powder white sand beaches in Sri Lanka – mile upon mile of pristine, largely empty, palm fringed perfection lapped by crystal clear turquoise hued waters. From the faded colonial charm of the regional capital Trincomalee, to the surf hotspot of Arugam Bay which somehow manages to be both vibrant and laidback at the same time, the East Coast resorts are now the fastest growing in Sri Lanka encouraged by the Government pumping unprecedented money into the area.

For those in the know, the East Coast was always a popular destination with its beaches rightly recognised as some of the best not only on the island but in the whole world.  However, the long years of Civil War and the devastating Tsunami in 2004 took a great toll on the area and the local economy was all but destroyed. Although the scars are still evident in places, since the war ended in 2009 a major revival has been underway with both public and private investment pouring into the area to improve the infrastructure and to develop hotels, services industries and attractions.

Developments cover the whole range both in scale and target market. Around the surfers paradise of Arugam Bay you will find a number of mid-market hotels and resorts being developed to cater for the well-heeled surfer. On the white sands around Kalkudah five star luxury can be found in no-expense-spared one-off luxury resorts; plots in the area tend to be large so development rarely comes at the cost of privacy.

As the program of ongoing expansion to the island’s highway network continues apace, the road journey times from Colombo and the South are shrinking and for those in a hurry Trincomalee now has two scheduled flight arrivals a day from Colombo with a flight time of a little over an hour. 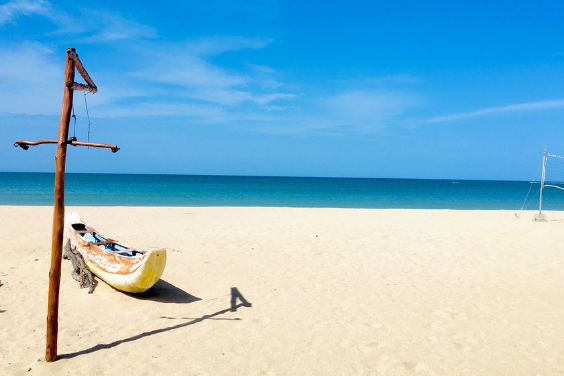