There is always a season somewhere…

In contrast to many other South East Asian countries, Sri Lanka may genuinely be considered a year-round destination. The received wisdom has always been that the best time to visit Sri Lanka is between December and mid-April but that only applies to the South and West Coasts and the myth has arisen because they were the first areas to be developed and promoted for inbound tourism.

The East Coast, once the islands best kept secret, is seeing rapid growth as a destination not least because of its endless pristine white sand beaches but also because its peak season runs June to September, a mirror image of the South and West. This occurs because, unusually, Sri Lanka is subject to two different monsoons which affect the different coasts at different parts of the year.

The South West monsoon affects the South and West Coasts during their off-season and the North East monsoon dominates the East Coast during theirs. That is not to say that you shouldn’t visit coasts during their monsoons but because the monsoon months are by definition windier you may find the oceans larger and the beaches narrower. On the plus side you will experience quieter resorts and attractions, and cheaper accommodation prices. 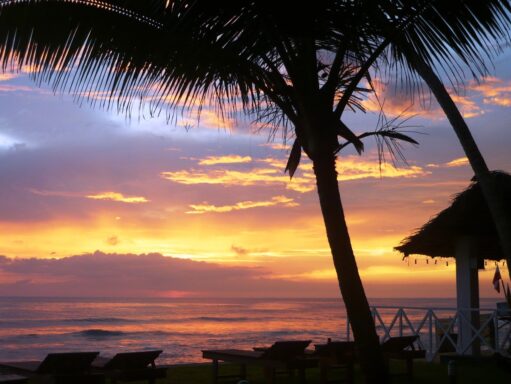