Vesak: A Festival of Lights

In April we celebrated the Sinhala and Tamil New Year.  May brings the most important Poya (full-moon) of the year.  Vesak Poya is so significant that we get a two day public holiday in its honour instead of the usual one. Vesak, also known as the Buddhist Festival of Light, celebrates the triple anniversary of Lord Buddha – his birth, his attaining of Enlightenment and his passing away into Nirvana.

Vesak is characterised by the alms-giving of refreshments to passers-by. Every few hundred yards along the roads will be a group of people waving down vehicles to offer food and drinks. A piece of bread and sambol here, a portion of curd and treacle there, wash it down with a cup of fresh mango juice at your next stop.

Unfortunately, but wisely, these roadside offerings have been prohibited both this year and last for reasons too obvious to state. We are however able to engage in the other Vesak activity – the hanging and lighting of joyous, bamboo-framed, lanterns with fringed tails of cloth or tissue paper which dance in the wind and light up the towns and villages on the night of the full moon. 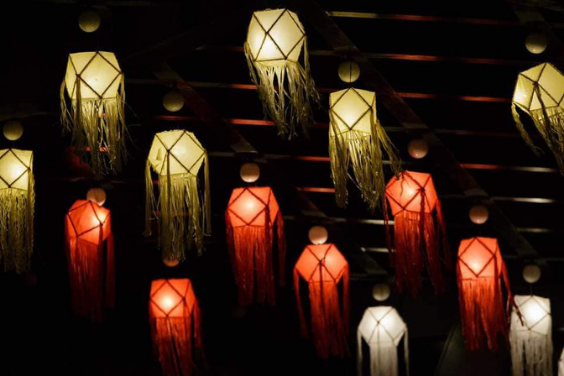