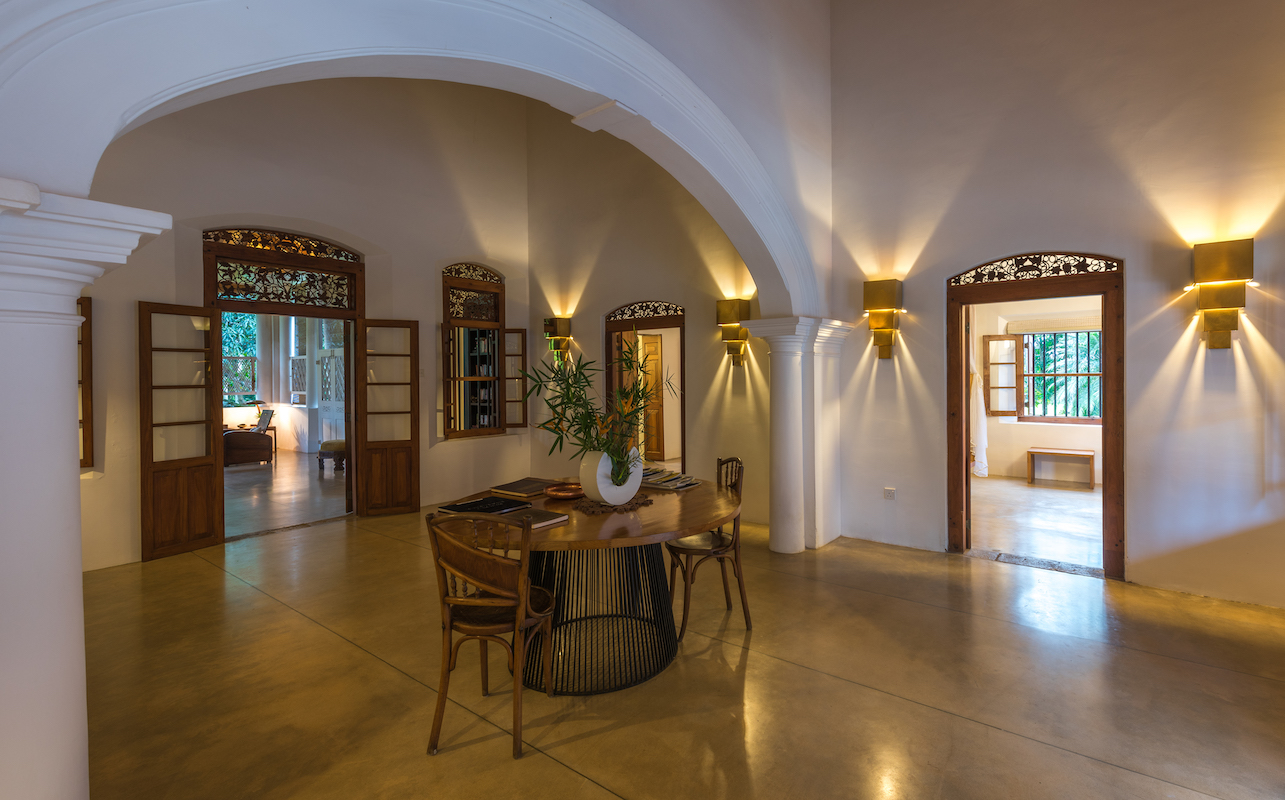 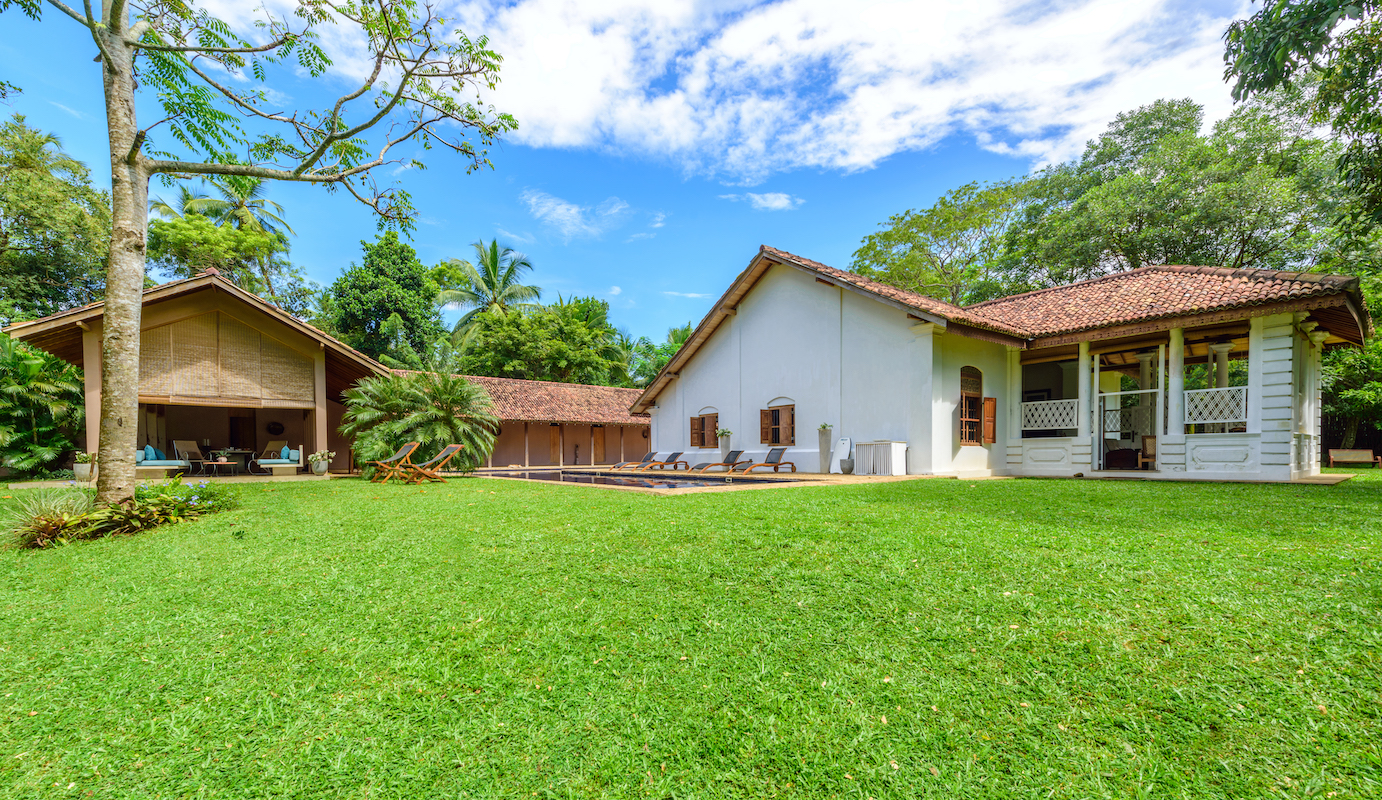 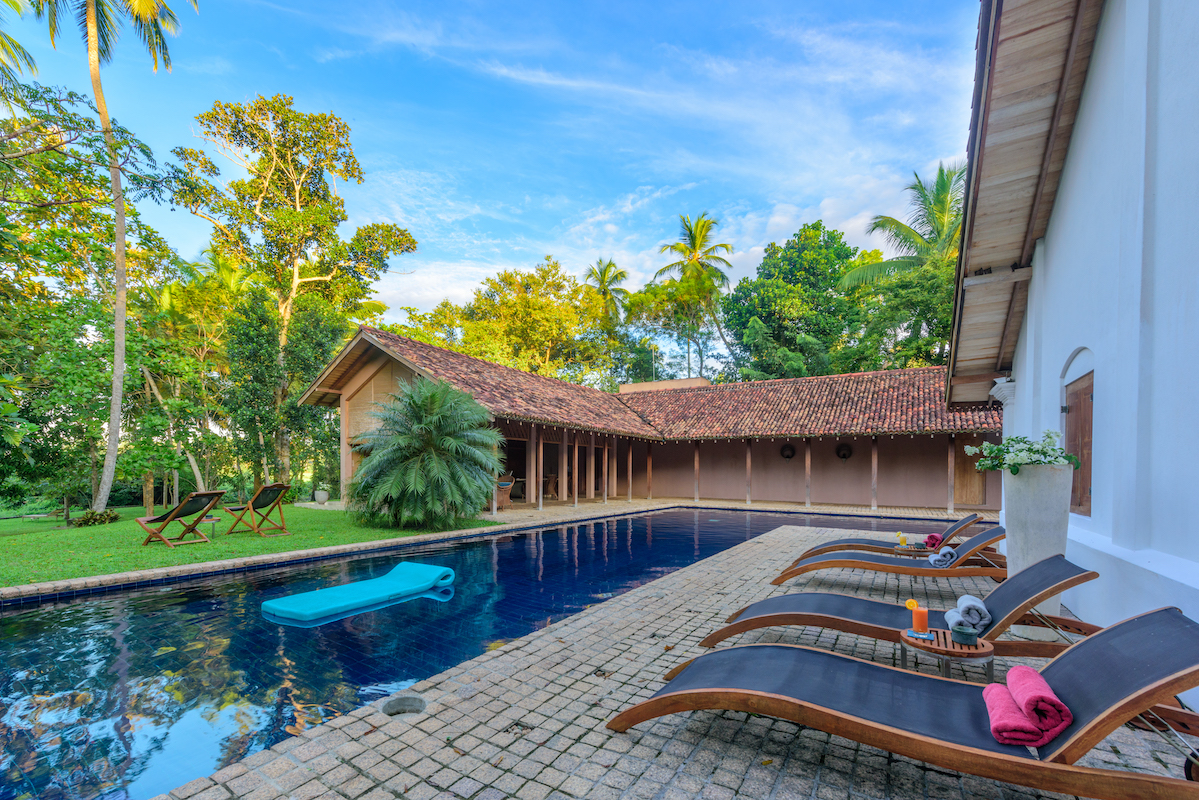 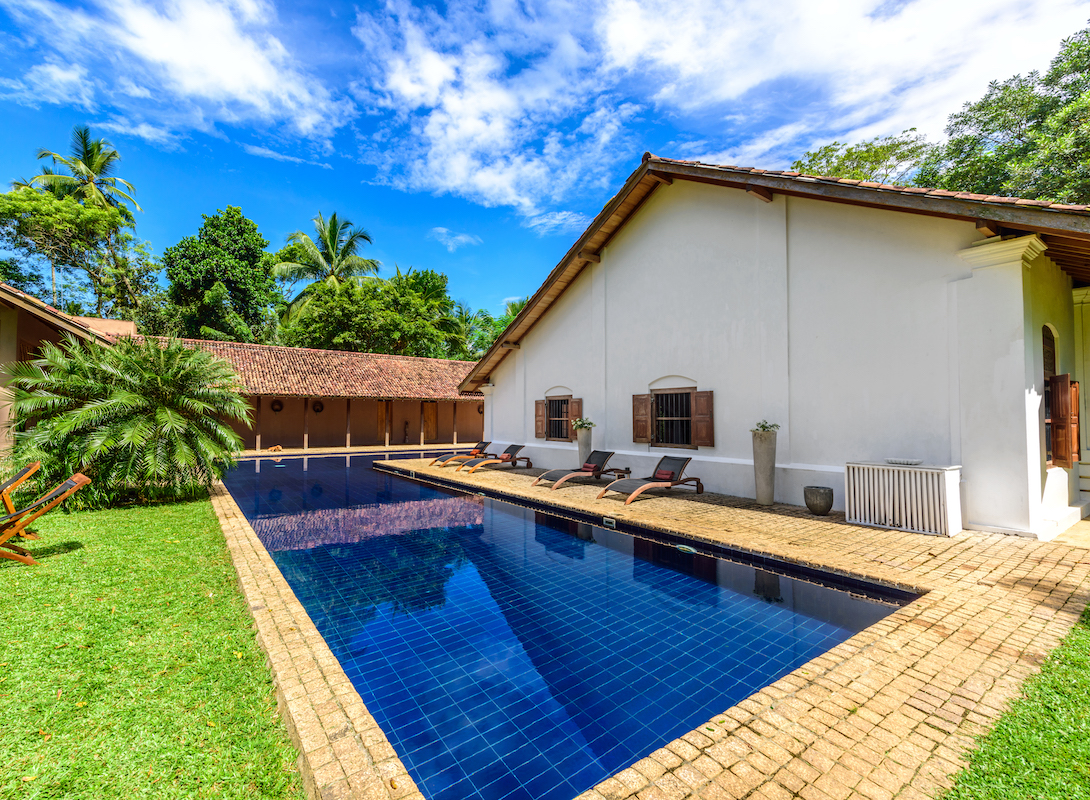 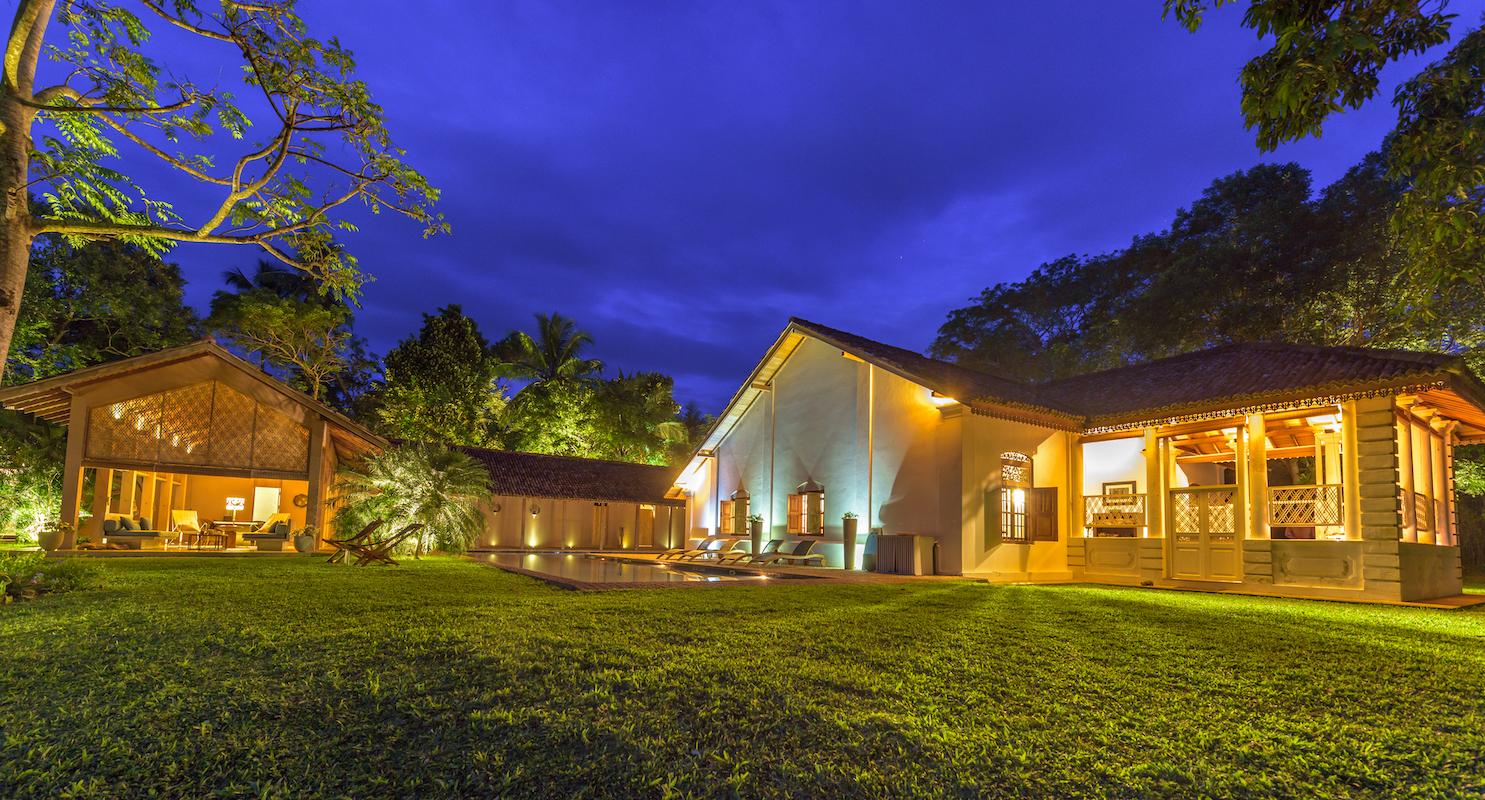 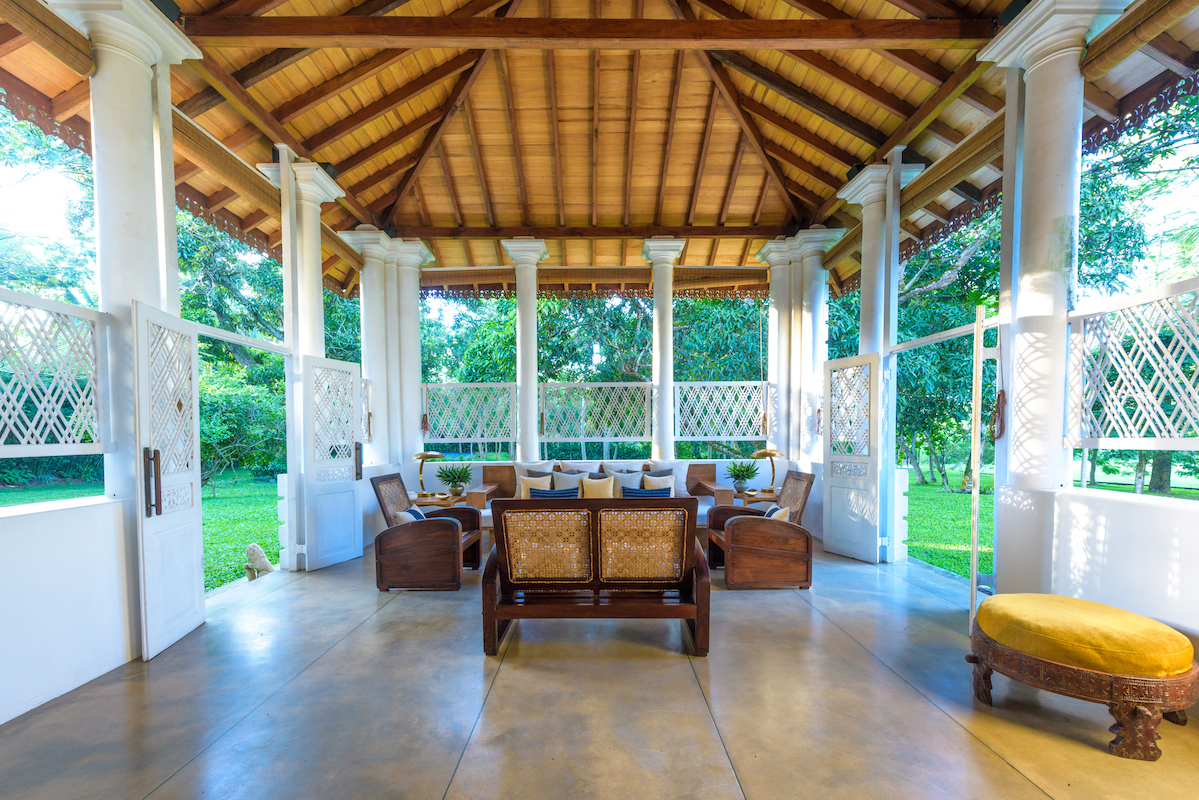 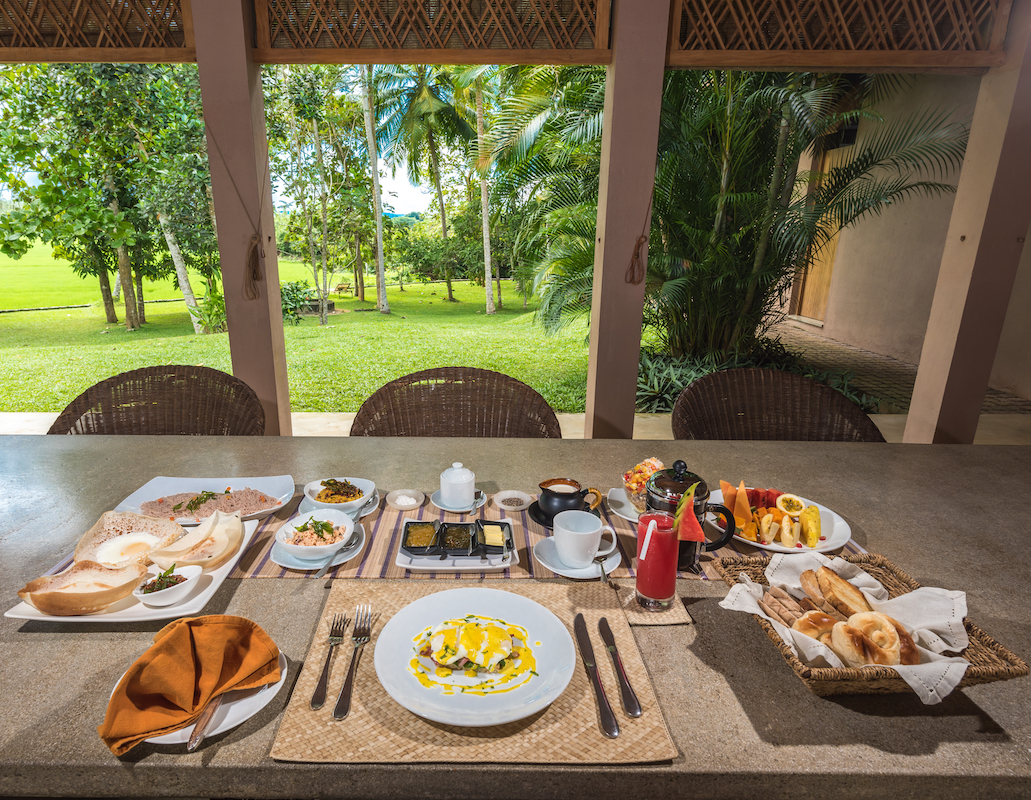 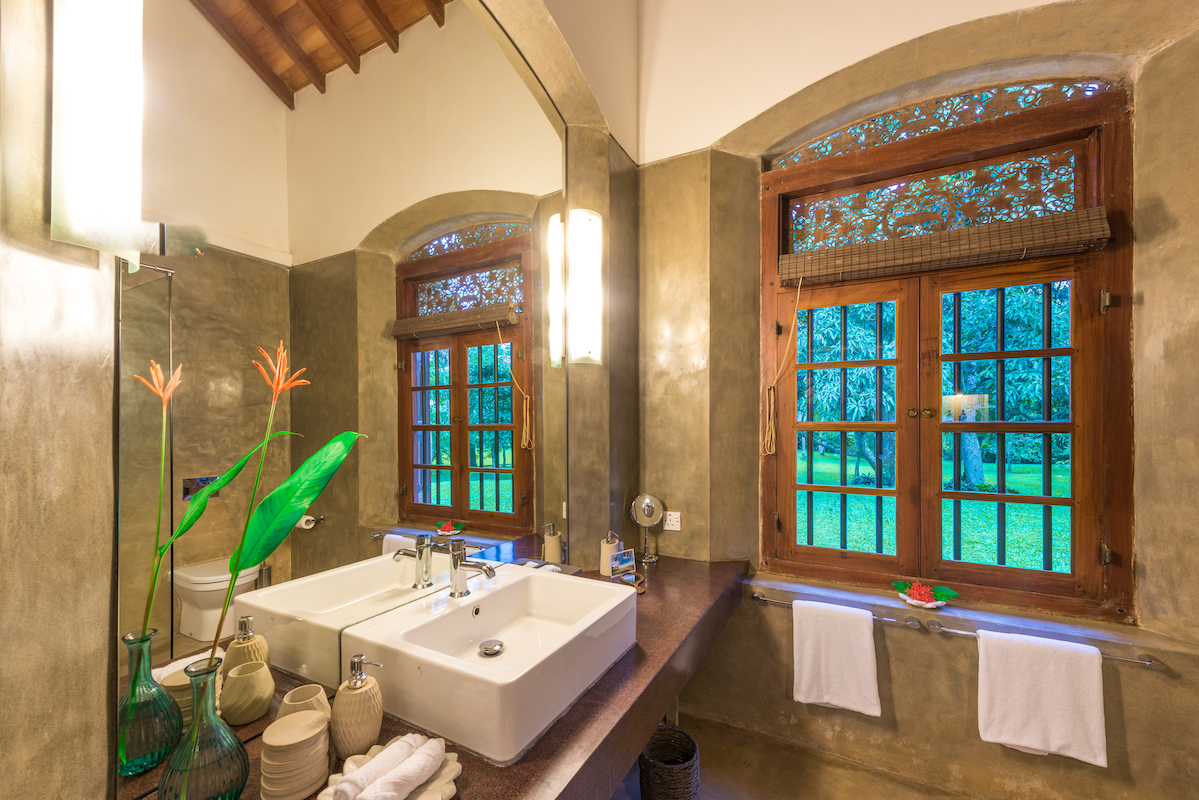 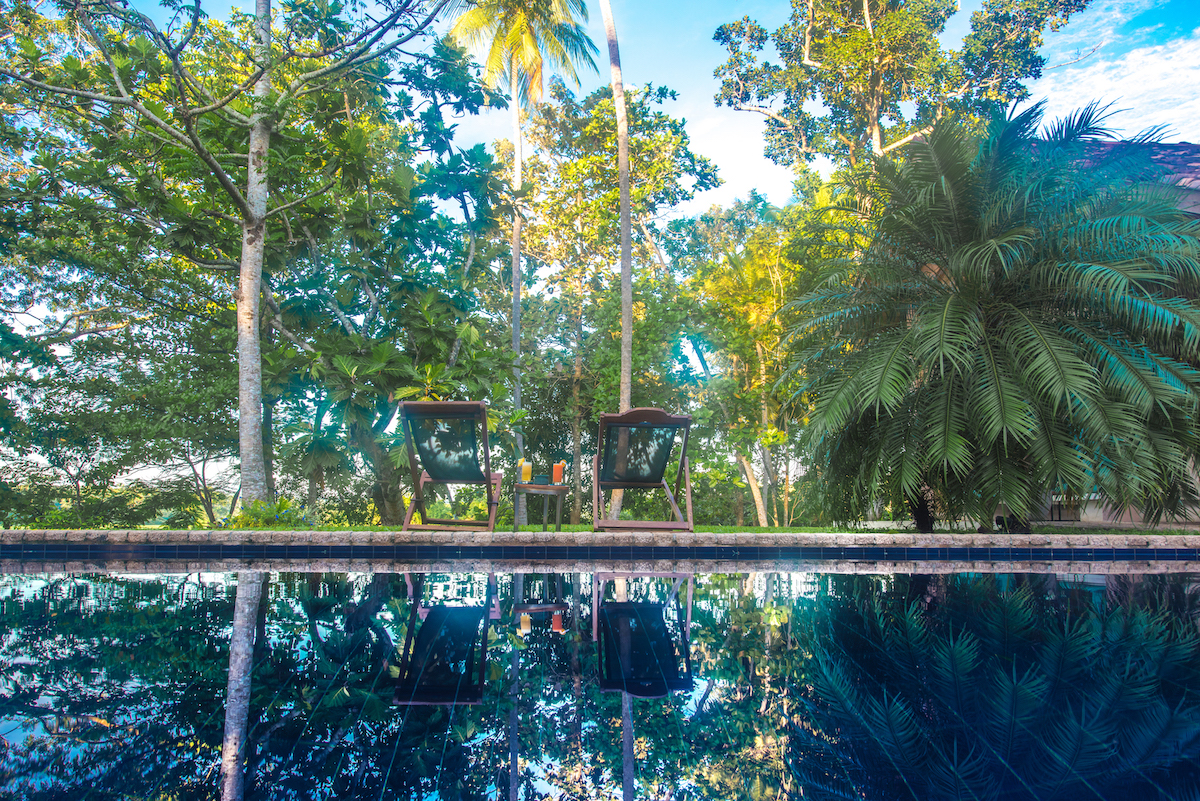 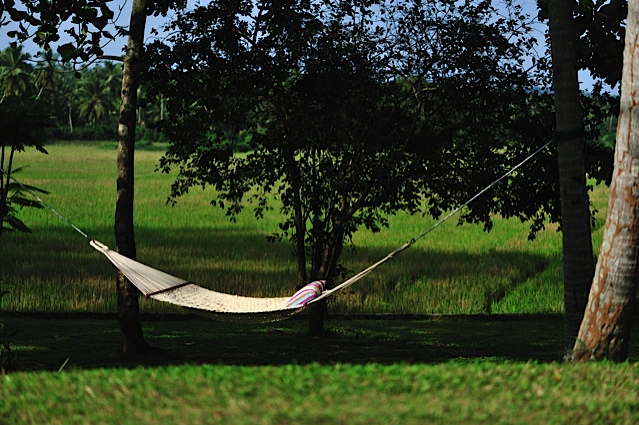 This exceptional property is a traditional Sri Lankan manor house or “walauwa” which has been meticulously restored by a Sri Lankan architect and its interior designer owner.

Set on just under two acres of immaculate gardens in a quiet area of low density population, this is a peaceful and tranquil property. It is situated in the South of Sri Lanka a few kilometres from Beliatta, 8km from the coast at Tangalle and 12km from Dickwella, it is close to a junction on the new Southern Expressway extension, due to open soon which will allow a journey time to the airport at Colombo of around three hours.

There are two bedrooms in the walauwa itself and three large bedrooms with private courtyards in a new wing. There is an office, a guest bathroom with shower next to the restaurant pavilion, a small shop space, a large 20m swimming pool and a yoga pavilion perched at the edge of the garden overlooking the rice paddies.

The villa is maintained to the highest standard, with superb building work, and generates a healthy income as a private villa rental and a hotel. The scenic location overlooking spectacular paddy fields creates mesmerising views and a magical atmosphere.

The villa is equipped with everything necessary for most activities: spa procedures, excursions and picnics, yoga and bike rides and is only 10 minutes from the closest beaches.

The villa could be used as a private residence and/or a low key rental. For someone wishing to make it into a much more commercial enterprise, almost two acres of superb view land provide unlimited opportunities for an extension, easily accommodating up to ten more rooms without changing the look and feel of the property.

Equipment, linens, furniture and artefacts are available by separate negotiation for those wishing to purchase an established business with a steady income or an impeccably furnished and equipped private home.